Some of you will know that in my day job I deal with Flooding.....needless to say it has been a busy couple of weeks. Finally I have a couple of days off, but it does mean very little progress on the hobby front. However, snatched time between shifts, incident rooms and radio interviews I have managed to paint up the the two aircraft I had picked up from Amazon. 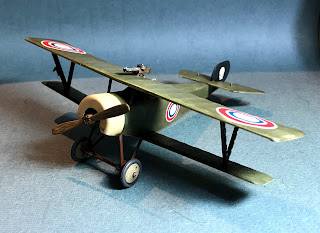 For the ‘whites’ a French Nieuport a very simple model to put together, cheap a good scale and came with suitable Imperial markings as an option 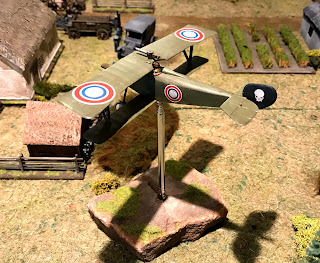 An in flight shot....the only problem I had was the transfer for the tail fin which was impossible to apply so I had to compromise 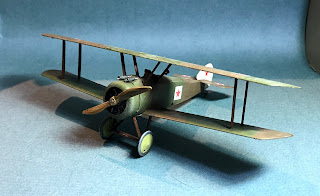 For the Reds a captured Sopwith Camel, this was the revel kit....way to complex and fiddly struts were a nightmare ! 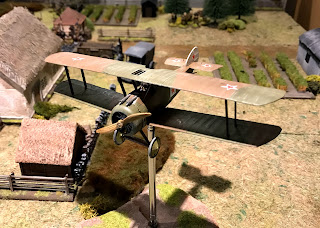 But it is nice now it is finished, the markings are a bit of a botch from stuff I already had...but they will do for now 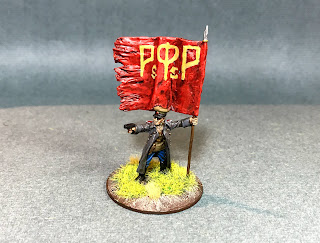 Finally a Red standard, some will spot this figure is a later Red Army standard which I have modified the flag, his gun may be slightly wrong but again I’m not going to count buttons, the flag was copied from an original photo and looks better in real life than this photo, obvious they have hurriedly painted on their RSFSR symbol.
Posted by Matt Crump at 11:42