In the latest copy of Wargames Soldiers and Strategy 108 there is a small ACW scenario by Ken Butt. I have left the photo blurred to avoid copyright and all that, but it gives you an idea. Importantly it shows the water tower which gave me the idea to make one. It also has options for Sharp Practice and Rebels and Patriots. Anyway I picked  up the idea and amended it slightly. 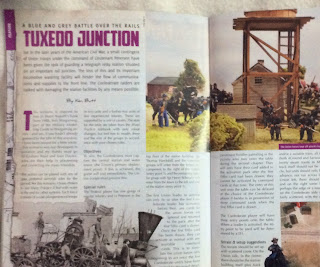 In our game the objective is the same for the Union force to hold the station as a key communication/supply centre. The Rebel forces will enter randomised from their baseline apart from a cavalry unit which will enter at ANY point from turn two on a descending D6 role, this represents the rebel cavalry being sent on a wide flanking move ey could be critical but might turn up too late. Together with skirmishers the rebels have two infantry units of aggressive veterans. The Union force have a skirmish unit already on point in the station building. More skirmishers and dismounted cavalry will enter turn one but then from turn two some raw recruits will come on from camp with a single unit of veteran boys from the town. We agreed to play until one side was don to two units left, assuming they hold their nerve at 50% 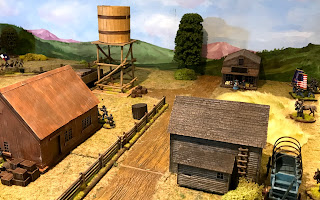 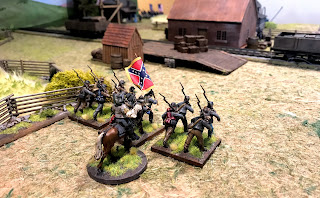 Rebel infantry advance at pace and the alarm goes up 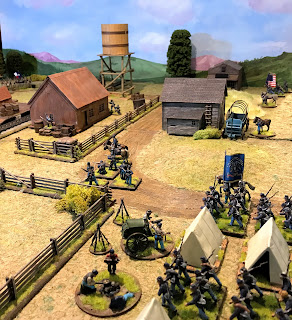 At the Union campground two units of ‘green’ infantry are preparing to march, ahead of them the dismounted cavalry 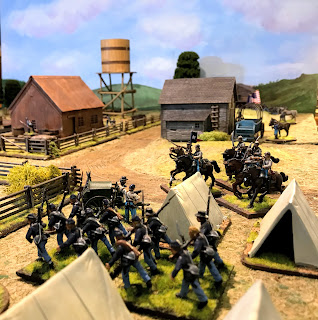 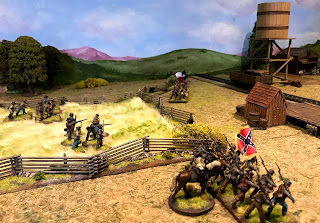 Are they Texans ? in the distance supported by a skirmish line 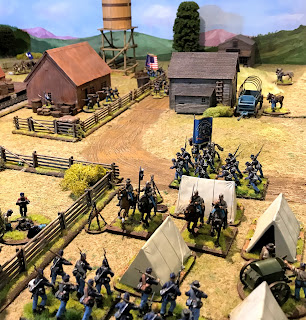 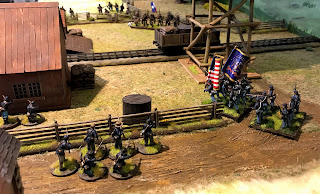 Things look better on the right 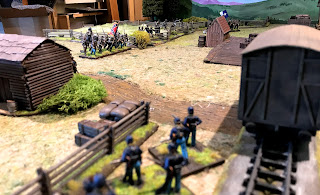 Dismounted cavalry have positioned themselves on the left flank ...but come under heavy fire 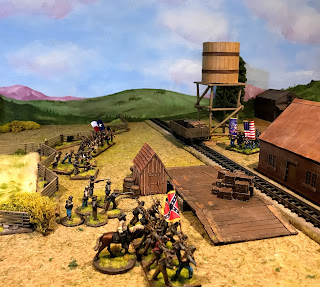 General advance towards the objective 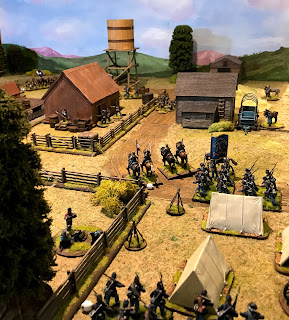 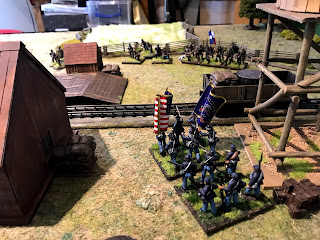 The Union Veterans may need to hold the objective on their own, its starts well as they force the Texans back 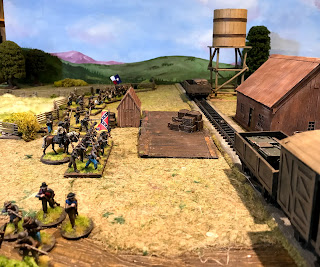 But the thin grey line is getting closer all the time 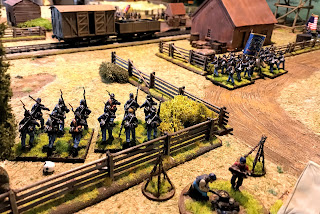 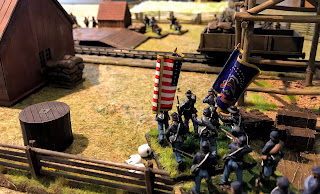 ...but then Union forced back on the right...everything is in the balance 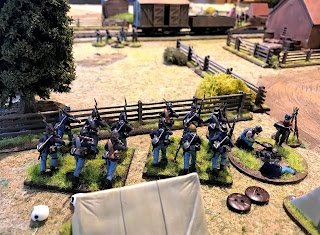 Two disorganised markers is bad news and the green troops are pushed back again into the camp (perhaps a second breakfast?) 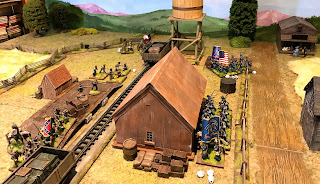 But the unit under the control of the Union officer manages to assault the station building forcing the Rebel skirmishers out......at this point the Union force is close to breaking already down beyond 50% 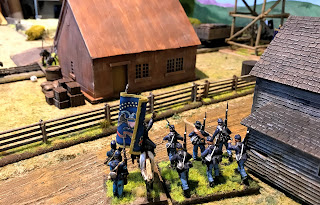 ....and the inevitable the Rebels make one more decisive push and the Union force is pushed back again, at this point the green troops failed their final rally test and left the field so the Confederates are the clear winners.

A nice little scenario so thank you WS&S worth the money this month. We adopted it a little but think this made it just a little more variable.

No cycling photos this time as it was cloudy on Saturday instead as i was putting the Confederates away and tidying up, the infantry and cavalry all slipped out of the box for a parade, so here is a shot without artillery of my Confederate forces as they stand at the moment :) depending on scale 3 or 4 Brigades. I have a small unit of cavalry and some lovely rebels in shirtsleeves waiting in the queue.