I mentioned in a previous post I am putting on another participation game at the local show next week (30th June, near Penrith at the Rheged Visitor Centre), it remains a small local show but this I think is the fourth year and quite few traders etc are attending. In keeping with previous years I am running a small taster game, this year using the Osprey Rebels and Patriots rules. 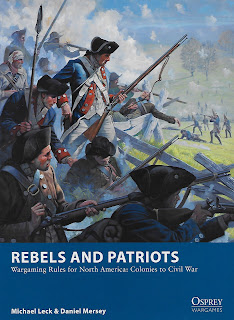 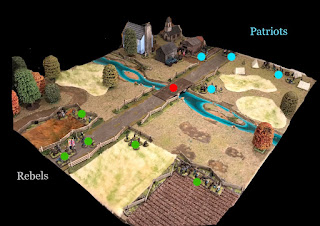 As I always try to keep participation games around 30-40 minutes the forces are fairly small and as a taster I have limited the troop options. In the scenario the ‘Rebels’ have sent force to capture the bridge. The ‘Patriots’ caught in camp must mobilise and hold them off, with only a small Picket Force at the bridge. The Union Forces do have a cannon but this is really just to scare the rebels as we found it pretty ineffective. 8 turns seems to be about the right number to get to the bridge and then try and hold for a turn or so. If you are in the area and coming to the show come and say hello or better still have a game 😀