Update from the Dungeon

It has been a disruptive few weeks, as I have mentioned on the blog before Mrs C has been undergoing treatment, this has been a challenge over the last month or so but the good news is this is now over and we are hopefully on the road to recovery from the side effects. The bad news means I am back in work ! 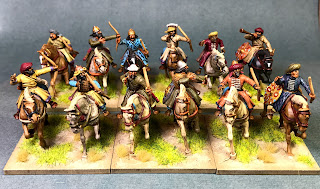 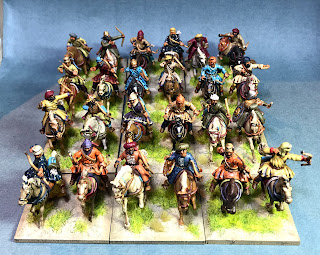 Out of interest I had the recently completed Persian light cavalry out so thought I would see what they looked like together mixed up, with consistent basing and painting style they arent too bad so I do have the option of playing them together if people don’t look too hard at the details. 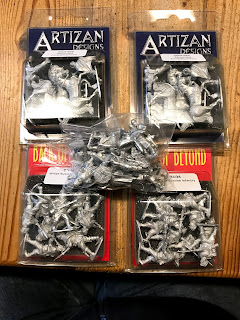 I also had my birthday, officially able to retire (but it isn’t going to happen yet😢) so I relieved a few new toys, some reinforcements for the Russian Whites and some more Spanish Cavalry and infantry from Artizan mainly to see what their Al Andalus range is like. 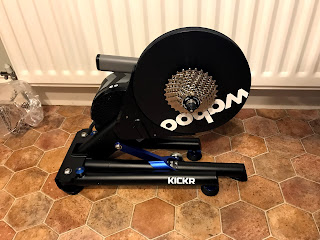 A one for any fellow cyclists ..........this may have a serious impact on my painting over the winter 🤔

As things settle hopefully back to some more gaming 😀
Posted by Matt Crump at 08:24