After what seems like ages I have finished the AWI Hessians I was working on. Not sure why they didn’t inspire me to paint them, something about the slightly angular/sharp nature of the sculpting perhaps ? But they are done and they look ok. They will play as two regiments for Rebels and Patriots or one larger regiment in other games. At some point I think I will need to get a unit of Hessian Regulars in Tricorn hats ? But I have already started preparing a small unit of jägers. 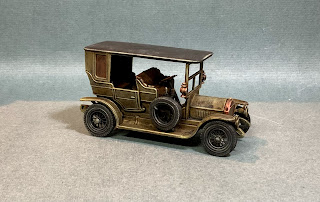 This Model T was also painted for the game 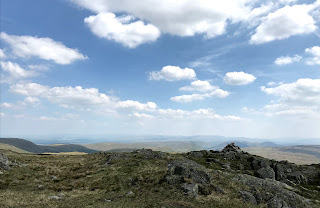 and some landscapes the weather has been very nice in Northern England I don’t document all my walks but here are a couple. The shot above is in the Far Eastern Fells which even on busy days is very quiet

This is not the Lake District but the Fells around a village called Crosby Garrett. A photo can’t do it justice but from here you can see the Pennines, the Yorkshire Dales, the Howgills and the Eastern Lake District, almost 360 degrees of hills and mountains
Plenty of other stuff on the painting desk and more games being planned soon 😀 also had second jab 👍