You’re sure of a big surprise. A week or so ago having seen a lovely Warrior Priest on Michal’s blog I thought it was a long time since we had seen any of my Warhammer collection on the table. So for another virtual game I developed a simple scenario where the Empire forces led of course by a warrior priest were looking to clear out a nearby Forrest populated by dark creatures of the woods. No doubt the local village has seen a number of raids taking place, people disappearing etc...

We played with Dragon Rampant for ease as it works better for simple virtual games. I didnt take too many photos and realised afterwards that i didnt take a photo of the Beast / Herdstone which was actually located 3/4 of the way between the Empire entry corner and the Beast corner. The scenario required the Beast to set up two units randomly selected at the Stone to protect it the rest would arrive from the other three corners randomly on a dice roll. The empire would come on all from one point. The winner would be the side holding the stone when one army was down the only 3 remaining units 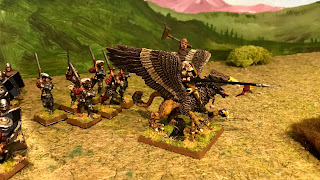 The Empire forces also have a Griffin 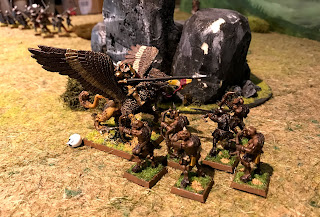 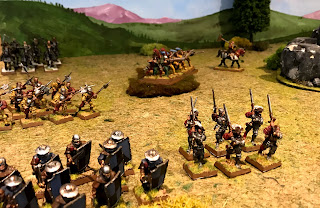 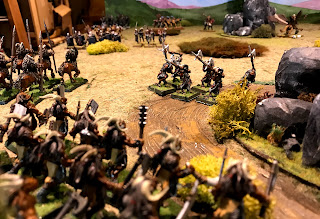 The braying of beasts as centigors and and other horned demons charge out of the Forrest (i should just say at this stage that although we dont play much Warhammer these days and GW have completely messed up, the concept, back story and world created for warhammer is in my humble opinion second to none i absolutely love the concept of the beleaguered human population living out their lives in constant fear in a dark medieval fantasy world) 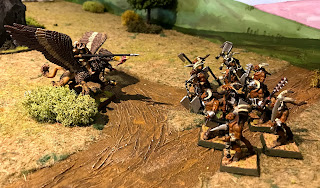 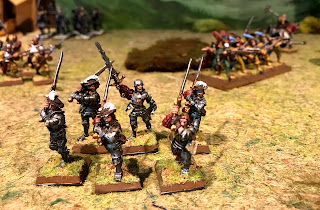 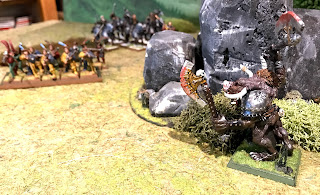 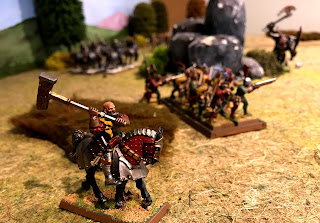 My mounted warrior priest armed with a very large Warhammer ! He has magical spells but doesnt really make these count 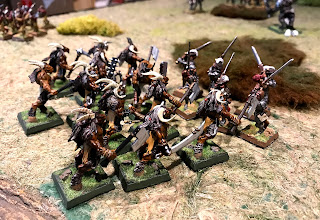 Swamped the greatswords are outnumbered 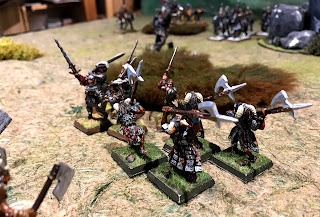 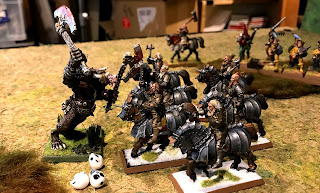 Wounded the Minotaur is eventually felled by the heavily armoured knights 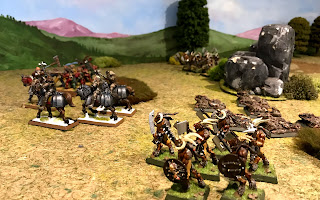 In reality the Empire forces never really got going and were hampered by some very poor dice rolling, this is sometimes the way with games although it was great to get the figures on the battlefield. i do miss Warhammer and am thinking about how we get some more games when face to face gaming is back.

In the meantime i have been prepping lots of figures....including a side line in Early WW2 German Zombies which i am looking forward to painting 🙂
Posted by Matt Crump at 10:00