Artillery through the ages

Have been busy with work, holidays and other stuff so slow but gradual progress. When in York I had visited one of the few remaining model shops where I had picked up a model for Operation Sealion, l have also been working on my ACW Rebels .......... 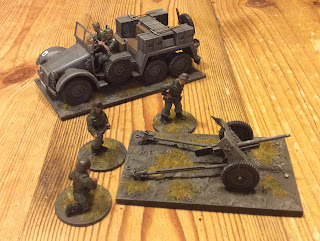 German Kfz 69 artillery transport vehicle and a Pak 36 antitank gun, both are 1:48 scale so slightly large but not so much that you would notice, the gun crew were a gift and an odd Warlord figure I had left over. I do have some sitting down crew to finish off but I want to make them removable 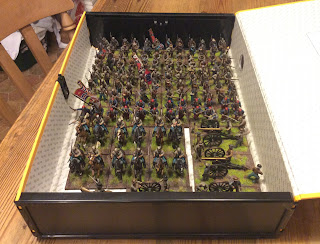 Finally a shot as I put the guns into the rebel box I realised it was now full a nice feeling onto the next box 😬
Posted by Matt Crump at 19:51