Real life continues to throw up some uncertainty although we now have a date for my wife’s operation in early February. I can find sanctuary in this wonderful hobby of ours and have been cracking on with some painting and have a couple of small games to post up as well.

Catching up first with completed painting......... 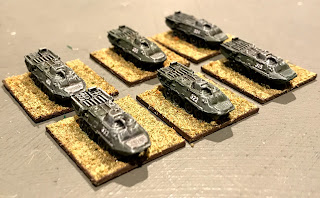 Expanding my Cold War Soviets some BTR 80’s troop carriers, for some reason I thought these came without guns but hey ho, very simple Cold War green with some numbers to add detail 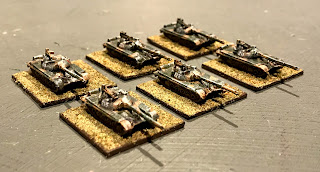 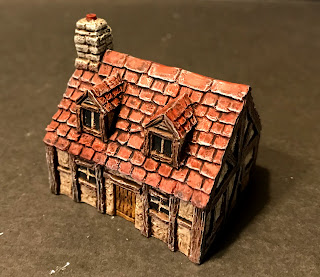 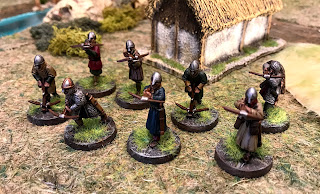 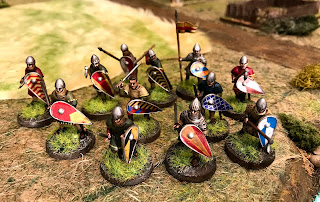 I had some more Norman infantry which needed finishing off, and rather than waste them I used some spare shield transfers I had, bit more colourful than I might like but .......this was the last of the plastic Norman’s I had, they are ok but I prefer the metal Gripping Beast or Crusader figures so any new infantry units will be them. 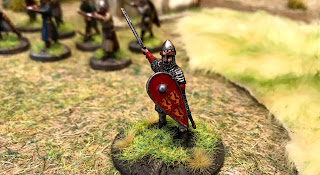 Finally this guy had been sat half finished for ages so I sorted his shield out, he promptly died in his first battle 😀

I will hopefully blog a battle soon, thanks for your patience 🙂
Posted by Matt Crump at 12:25