For our battle this week I had promised Phil a game with my Al Andalus figures. Unfortunately for him I have been listening to an audio book on the Vikings, it was Al Andalus with a twist. In 844 a number of raids occurred as relatives of Bjorn Ironside raided down the west of the Iberian Pennisula eventually ending up at Seville (which formed part of a mini campaign some time ago) , so as a one off battle I thought we would play the landing at Lisbon. This took place in August 844, historically the Vikings skirmished with the local Muslim forces for around 13 days before boarding their ships and heading further south. Historical records are pretty sparse that I can find so we have lots of licence to make things up. The Muslim forces were commanded by the governor of the local area Wahballah ibn Hazm. His objective is simple throw back the invaders before they can get a foothold.

So as ibn Hazm sips his iced tea and no doubt eats another fig/date he is disturbed by the urgent message that black ships have landed on the coast. He has heard rumours of these devils from the North and now black smoke can be seen in the distance beyond the headland. As he rushes to the gates he shouts orders to bring his troops and guards to arms. He will take with him only the fastest and lightest troops knowing that the best way to defeat these invaders is to throw them back into the sea before they are established. 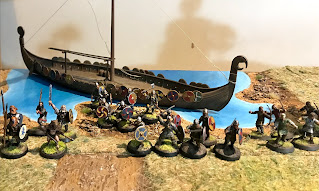 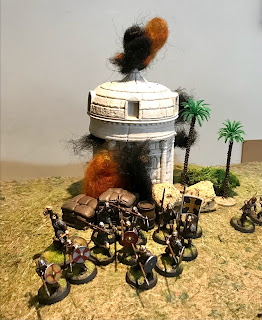 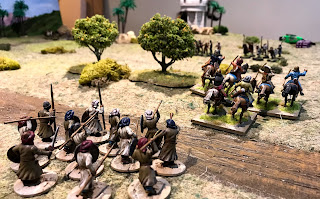 The Muslim forces arrive behind a light cavalry screen 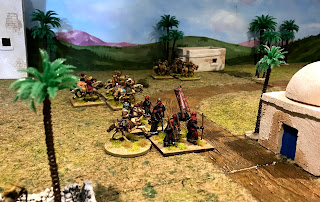 Wahballah leads his forces towards the beach, a mix of light infantry, light cavalry and some mounted crossbowmen 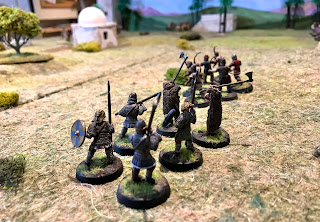 Some of the Norsemen have been taken narcotic substances and are literally berserk,  Probably a bit hot to be wearing those skins ! 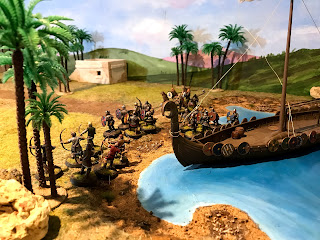 The rest of the invaders disembark 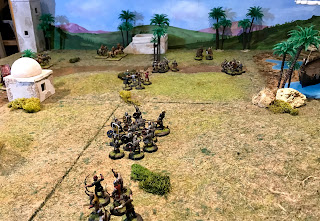 It wouldn’t be right for the Vikings to hold back so they don’t.... 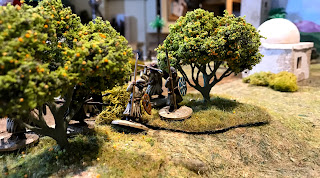 Light infantry move into the Orange grove for protection 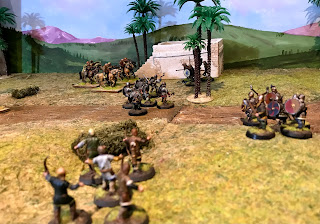 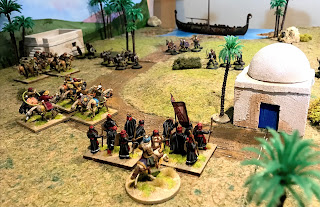 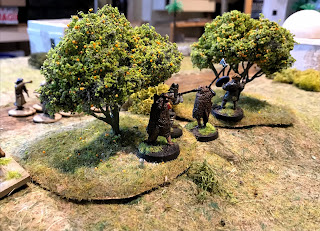 The berserkers charge into the woods at the earliest opportunity 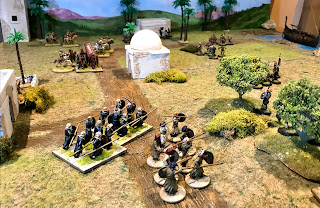 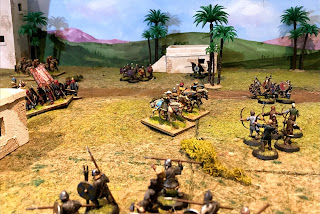 Some of the light cavalry becomes dangerously isolated but they somehow manage to get a shot off before escaping ! 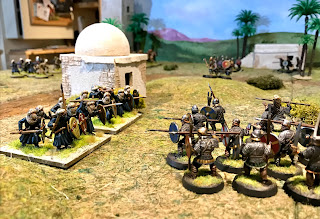 The Viking infantry charge in.... 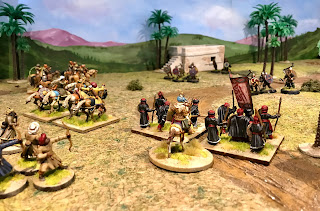 Whilst ibn Hazm holds the line....these barbarians are stupid all they can do is charge forward ! 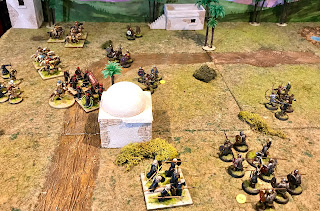 The Vikings are beginning to become exhausted a combination of the fighting and the hot weather ? 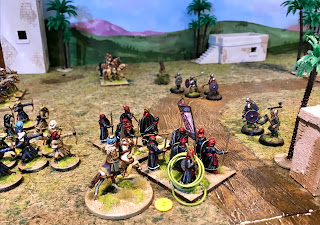 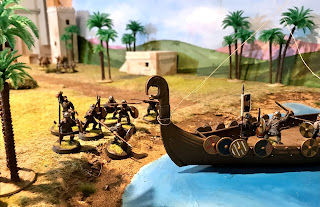 The raid is over and Sven flees back to the boats , he will look for easier pickings further down the coast 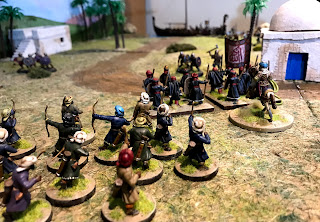 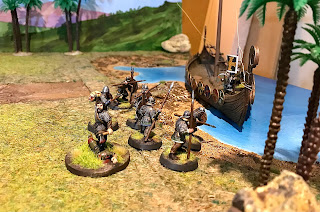 A defiant shout from Sven as he climbs aboard his longboat.

We played with lion rampant which gave a good a close game, the Vikings got stuck in but some clever play by ibn Hazm used his mobile to good advantage. He was lucky not to fail many evade tests and managed each time to escape the clutches of the Viking assaults. Nice to play a game with very different troops on each side.

Not much cycling here as the weather has turned really cold, but the weather has been fantastic and with a holiday weekend we have been out doing some lovely walking. Each time I share photos I realise what a beautiful area I live in. With the public holiday we headed away from the Lake District to avoid the crowds and headed To the Pennines. 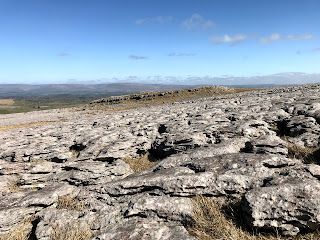 A place called Great Asby  Scar just south east of where we live, not only. Some impressive geological features but the structure in the background is thought to be a Romano-British hill fort. 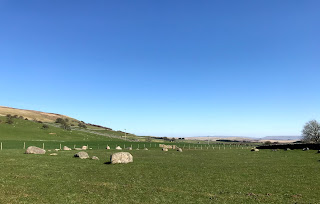 Then back up on the Pennines to a place called High Cup Nick
Luckily all these places are only a short distance from where we live.
Posted by Matt Crump at 17:52