Battleground, painting and bits and bobs

A bit of a general update this morning. Yesterday I went to the Battleground Show over in Stockton. This is a regular for us and I put on another small participation game. I tend to keep things simple and focussed mainly around younger players giving them an introduction to gaming and some fun. This year a Lord of the Rings battle between Gondor and Mordor Orcs. 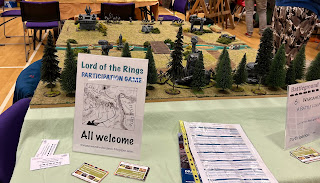 Here is the game in situ, having put on similar quite often it is a fairly swift setup. 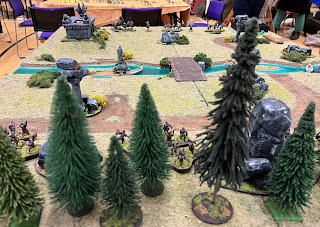 The scenario is for the Gondor forces led by both Boromir and Faramir to stop the Orcs getting across the table. The ‘player’ always takes the good guys. 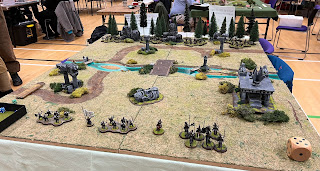 Without giving too much away the scenario is designed to look really difficult from the start, how can such a small force defeat the horde of orcs coming from the dark woods ? however, the forces of good are much stronger and unless the player has some absolutely terrible dice rolling they should win…..making them feel like they have had a gaming challenge but won through 🙂 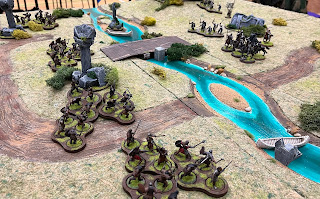 I played through 4 or 5 times during the day, with each gaming 30-45 minutes it felt busy enough. As predicted the forces of good won out, although one young lad managed to get all the Gondor Knights killed off and one nearly got Faramir killed 🙂 everybody had fun ! Also spent a lot of time talking to people about the figures etc….. I did manage to whizz round to a couple of other games here were the pick for me 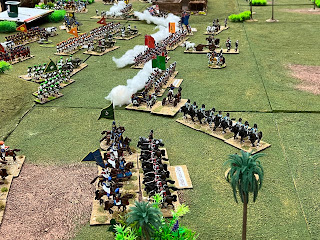 Wellington in India…….finding it hard not to start this as a new project and this didn’t help ! 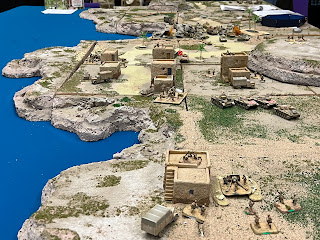 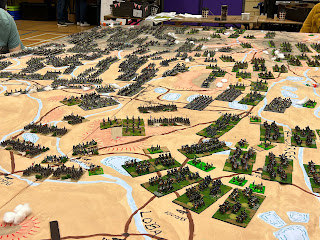 This massive game was at the last show I attended as well….it is very impressive but nothing much seems to happen ? 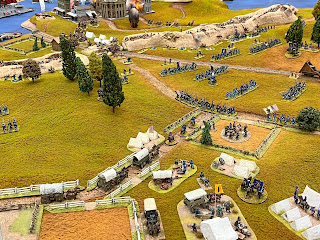 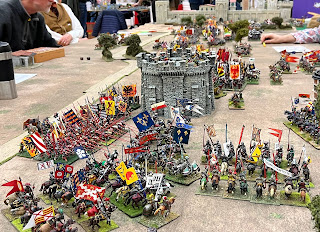 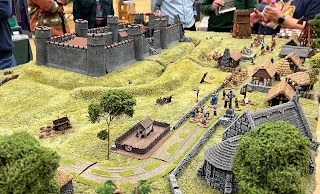 Medieval
Of course a bit of shopping 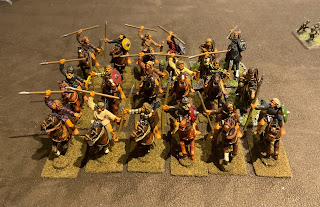 Very unusual for me I pick up some painted figures from the bring and buy. As I am already working on a Celtic Dark age army I bought these cavalry. I wouldn’t normally pick these up but they were significantly under priced for metal figures. They need some rebasing and a little fiddling but they will be fit for battle very quickly. 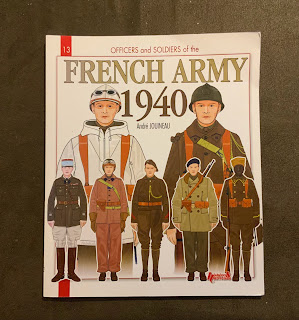 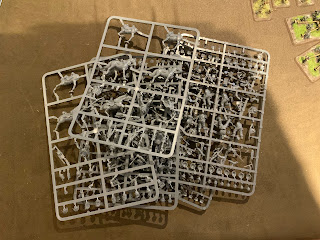 A couple of German transports 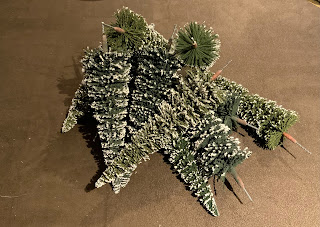 And some winter trees

After the Lillehammer battle I was putting away my German forces and decided to check how many squads I can now field, turns out five complete squads with a command figure and a half squad so as I had a few odd figures I have made them up to bring it to six.

I painted a few extra LMG 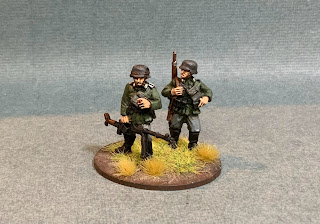 Also completed a couple of German 15mm Nerbelwefer with a spotter 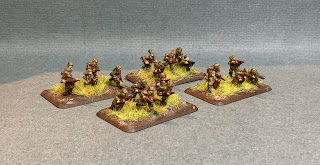 The last few metal Panzer Grenadiers I had, I do have some other German infantry but I’m not in a rush to complete them.

And finally some Jacobs sheep….well why not for a dark age village sometime
So lots going on, thanks for checking in
Matt 😀