Raid at the City of Palma Córdoba : Al Andalus

Played a little while ago we had another small run out of my Al Andalus campaign. This battle saw a small raiding force from the neighboring city state of Seville, raiding the lands around the border city of Palma (later Palma del Rio) in Córdoba. Using Lion Rampant there were 6 different objectives to be captured and taken back to our respective baselines. The challenge being the actually value of each objectives between 1 and 3 being hidden until captured. The battle was quite frenetic so the few pictures I took will have to tell the story 🙂 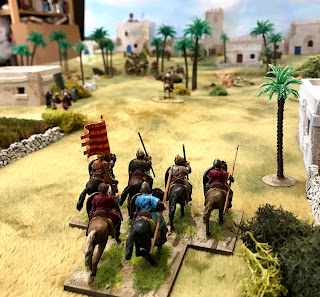 The Seville force enters at the gallop, both taifa are Muslim at this point but have employed small numbers of mercenaries 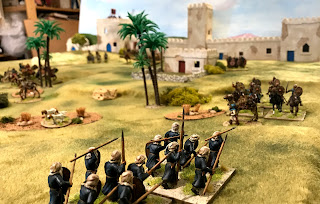 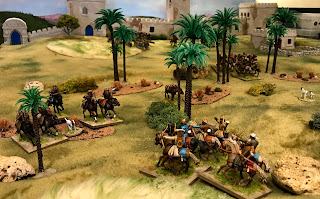 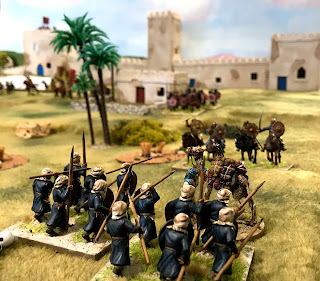 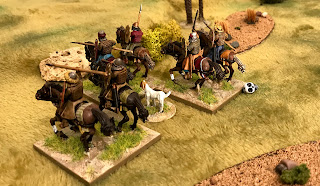 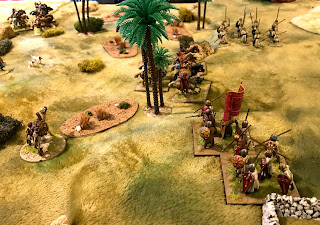 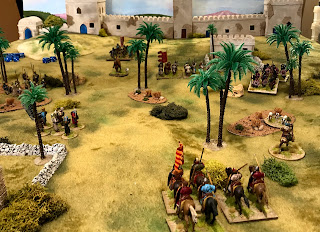 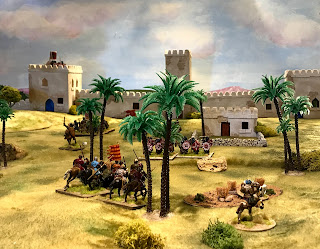 The mercenary cavalry is now in a position to control the centre.... 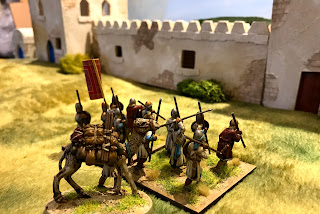 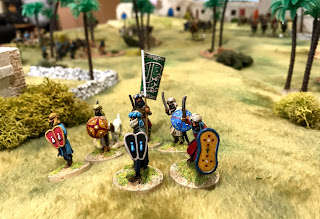 Some elite Sevillian guard have their eye on mutton for tea 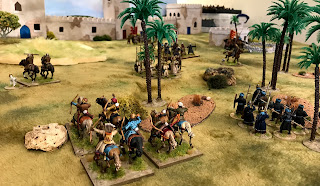 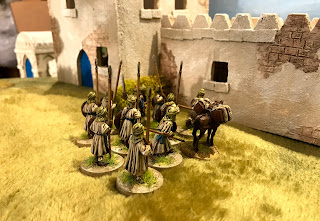 Another objective brought back safely to the city walls 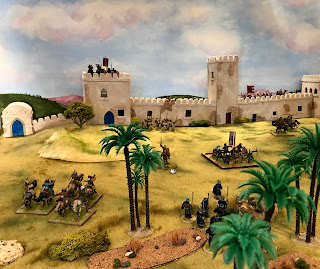 In the end is was a good victory to the men from Córdoba with the majority of the loot being rescued and brought back to the city.

An enjoyable battle, entertaining without being too complex. I need to write some more scenarios which can be upscaled to bigger battles.thanks for looking 👍
Posted by Matt Crump at 19:18