It has been too long since our last Sealion battle and I have plans to move the project forward this year. So moving straight to the action. The Germans have already secured a footing on the Romney Marsh having landed in strength along the beaches between Dymchurch and Hythe. Although they have started to push in land, poor co-ordination and a stout defence from local forces has delayed their progress. A number of key bridges still need to be captured to extend the beach head in line with the planners expectation at OKW. 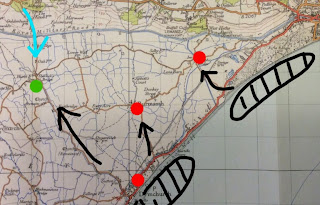 This map shows the concentrated focus of the the German Landings on S-day and the significant actions which have already been fought in this sector. Tracking inland the key day one objective is to get beyond the Royal Military Canal. Airborne troops have already been landed beyond the canal to capture locations such as Lympne Airfield but the Germans want to capture the South Downs high ground to protect the landing beaches. After a slow start the British defenders are waking up and have realised they must slow the advance and form a strong defensive line along the hills and canal. To do this a small mobile force has been sent to delay the advance at Sherlock’s Bridge. The Germans having subdued the defenders at Dymchurch have sent a reconnaissance force to ascertain if the bridge remains intact, to capture it if possible and open the way for the advance. 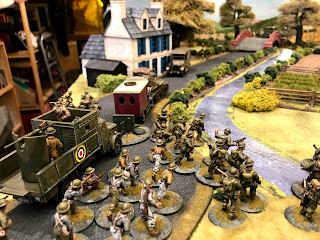 Dispatched from Aldington the British force is strong on courage but low on pretty much everything else, with a single Vickers Tank and some modified defensive vehicles if the Germans assault with any strength the British can’t hope to hold the bridge. 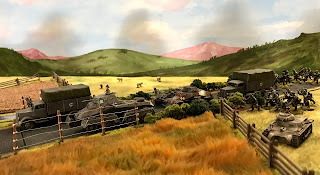 Luckily the German heavy armour is still occupied in Dymchurch or being unloaded from transports so the reconnaissance force whilst fast moving is only lightly Armoured. Both sides are intent on capturing the bridge. 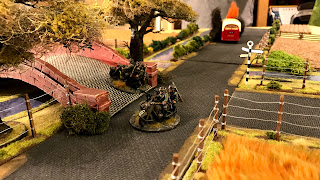 German motorcycle troops are already at the bridge, but they won’t be able to hold it on their own 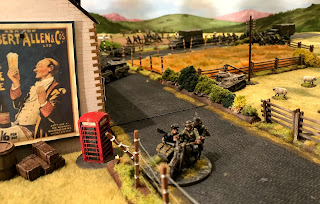 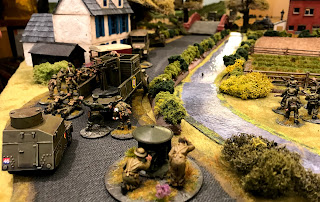 The German commander can’t believe his eyes when he sees the British improvised equipment, a tiny Beaverette ‘armoured’ car and what looks like a mobile post box  (a smith gun) 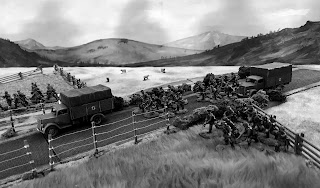 The German infantry advance captured at the time 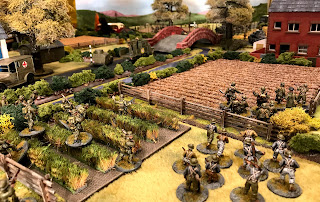 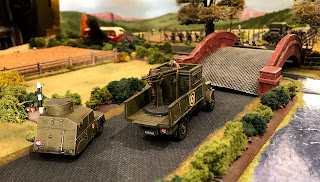 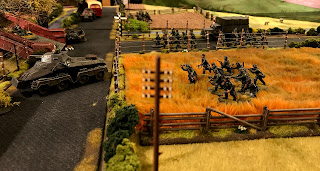 The german armoured vehicles a Rad 8 and a Sd.Kfz 222 are reluctant to go over the bridge without infantry support so they take up positions east and west of the bridge 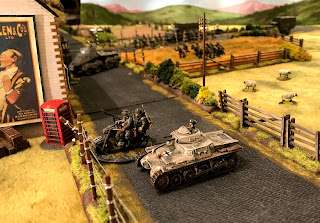 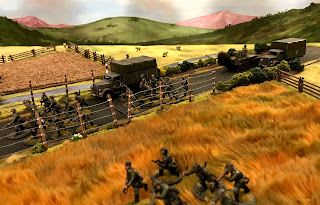 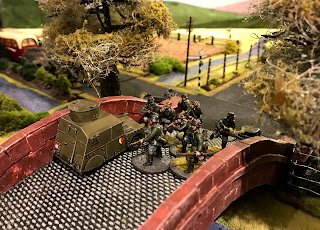 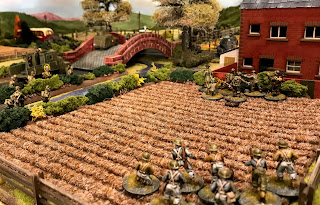 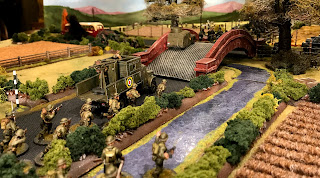 And rush for the bridge using The armadillo as cover 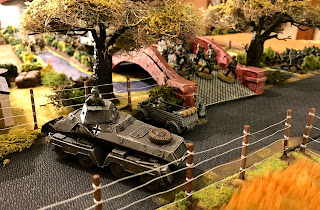 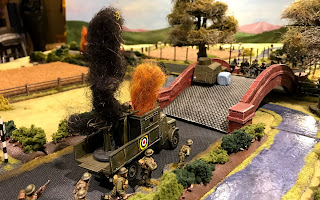 Despite its concrete armour the armadillo bursts into flames 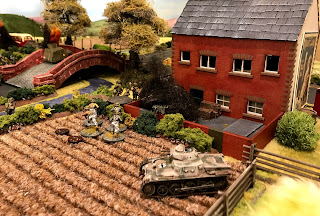 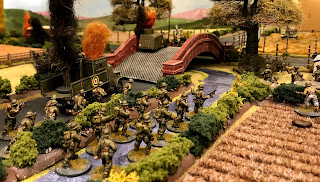 The beaverette is also in flames now but there is enough british infantry to make a serious assault on the objective, the battle is in the balance 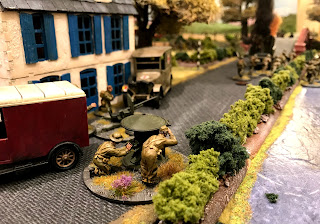 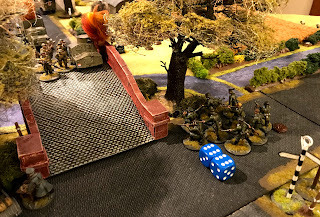 the British have managed to recapture the bridge but another German unit is ready to charge........you are joking a blunder sees them flee ! Suddenly with time running out it is not looking good for the Germans 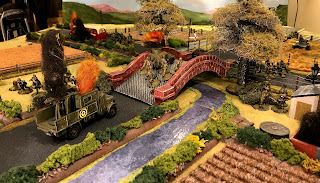 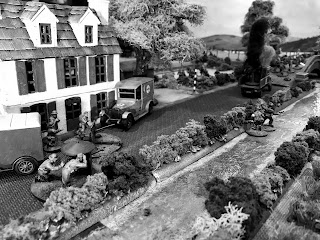 Still can’t hit a thing the artillery pounds away 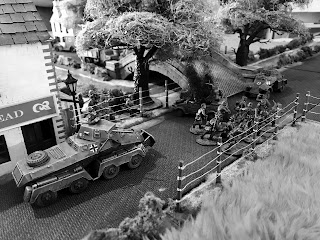 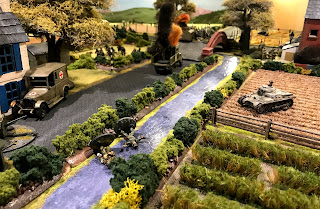 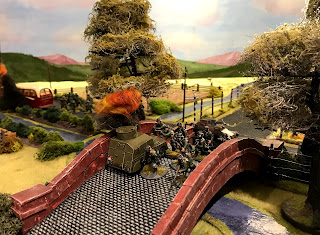 As the battle comes to a close the Germans have the bridge and are advancing in force. The question is have the British bought enough time for their comrades to either blow up or defend the next bridges over the Military Canal.

Splendid return to Sealion and now I feel I am back into there will be more to come 😀
Posted by Matt Crump at 22:48