Not based on any historical battle but a couple of chances to get the 15 mm Normandy collections out on the battlefield this weekend. The first of the two battles saw two relatively small forces playing across the Battlefield. 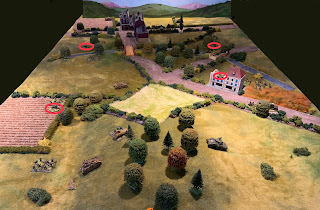 Americans have the advantage in numbers the Germans quality. We had two objectives each to hold and two to potentially capture. We used very slightly simplified bolt action as the opponent is only an infrequent gamer. To make the battle pacy we kept to the 28 mm measurements, this seemed to work really well and was adopted for the second battle as well. The picture above after the initial first moves, Americans arrive from the left the Germans opposite. The objectives are marked, the stream is in spate so only crossable by all troops at the two bridges. 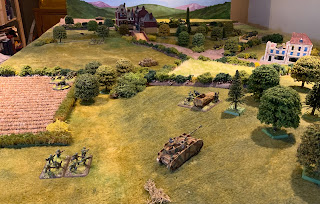 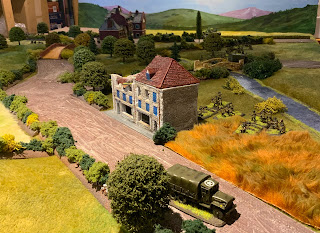 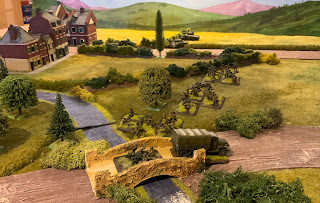 More American infantry advance towards the village setting up an AT gun on the bridge. All hedges were classed as bocage so block line of sight. 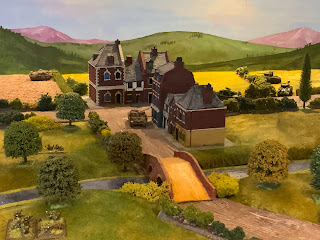 German armour strength is on the left by the village

A Sherman Firefly manages to get stuck attempting to cross the bocage in second turn where it remains for the rest of the battle !!!!!!! 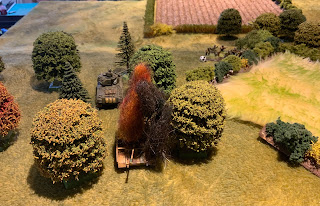 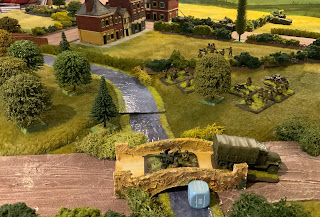 Whilst the American infantry advance towards the village, the AT Gun waits in ambush on the bridge 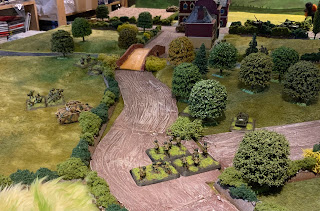 Tough fighting near the road junction 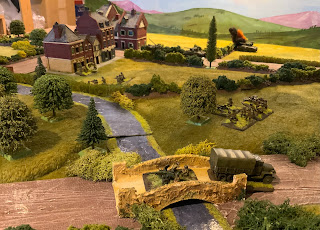 In the distance one of the Sherman’s has brewed up 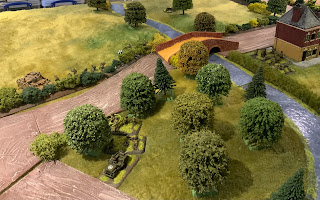 American infantry pushing towards the bridge with the objective just beyond 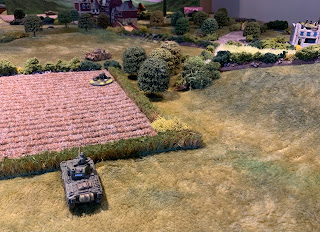 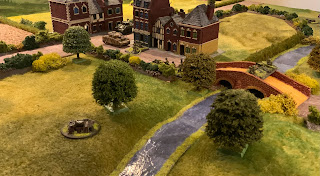 Americans break across Main Street in the village but the objective may be frustratingly out of reach ? 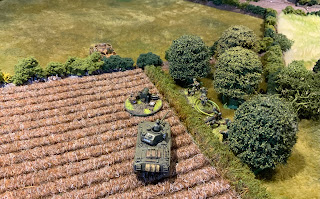 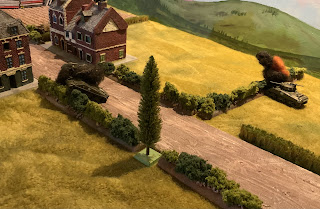 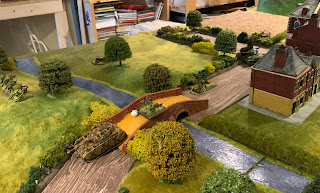 In a brutal finale the one of the Panzers drives right through the American infantry in the village scattering them before they can make a dash for the objective.
A fun and tightly fought battle, an American win by virtue of them holding their own objectives, but the Germans were able to regroup to get back and hold their own objectives. Really enjoying getting the WWII collection on the table 😀
I am now in a head to head contest with Mr Bickley as to who can find the best second hand book, completely unexpectedly I found this in Carlisle on Sunday. Particularly relevant as I am painting up Peninsular figures at the moment ! 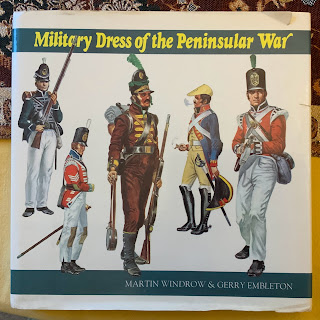 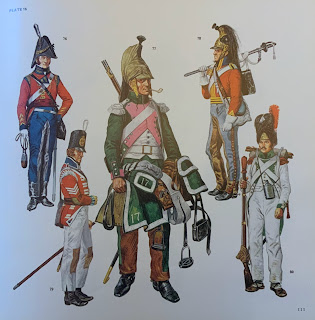