A bit of a catch up post this evening, work is relentless and apart from being at home doesn’t seem to have settled down. I have managed to keep hobby  things moving though.

First up my next British AWI unit the 10th North Lincolnshire Foot.

Perry miniatures, went for dark blue over trousers for variety a slightly smaller unit of twenty which feels a good basic size. 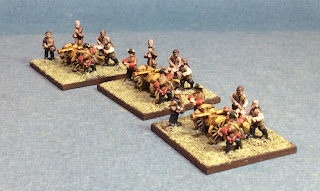 Next up some diminutive Austrian Artillery for the SYW, the packs come with 6 crew which feels a little too crowded so I have a couple spare 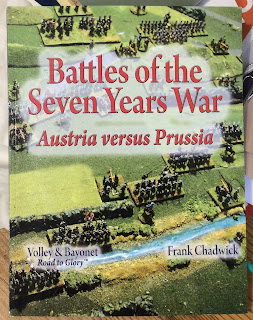 With all the doom and gloom I was looking to cheer myself up and found this book on ebay to keep me occupied, decent simple maps and army lists for the major battles when we get everything painted

Finally I have been running a remote/solo ACW battle over the last few evenings, having provided Steve with a basic map of the battlefield he was able to give high level orders to each of his Federal Brigades. Information has then been fed back as the battle has developed this mainly being in telescope views of key parts of the battlefield. Oh the fog of war...... the battle is progressing well and full on at the moment so I won’t spoil the position, but will post a battle report when it is resolved. 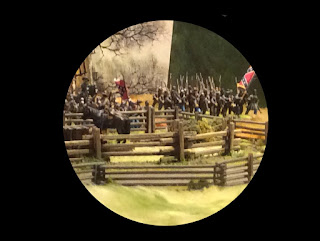 Rebels advancing in the distance 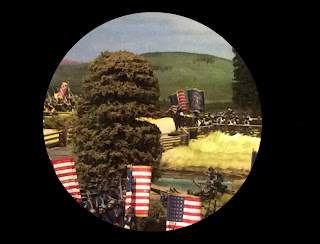 Union Forces moving to stop them.