Following the success of the semi solo ACW game I decided to hit the technology and attempt a live/remote game. My wife has been using Zoom (free app if you only have two people) for some exercise classes and this seemed a simple and easy platform. (Paul has blogged a picture of the battle from his viewpoint/armchair over on his Nord Blog listed to the right, so check it out )

So I set up a small LOTR game. 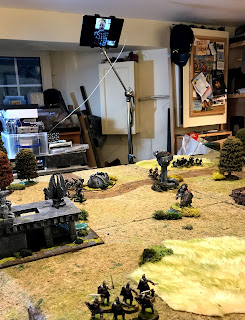 Here is the setup, running zoom on my iPad. I have a house full of drum stands which with an attachment make excellent stands for iPad, the idea was to get the position as close to a normal standing playing position. The trick is getting it so that as much as possible of the table is on screen with out being too far away. The report back was it was ok and I had tested previously on my miles iPad anyway. It’s not perfect but having the oppositions face on the screen does make it feel like a two person game. The max size I think you can get on screen with this set up is 4x4. We kept the rules simple Lion Rampant you obviously need to avoid lots of line of sight blocking terrain. I have heard or read of people with multiple cameras etc which would undoubtedly make it better. But this set up was effectively free and gave a very reasonable and fun game. I am going to try another game in a couple of days 👍 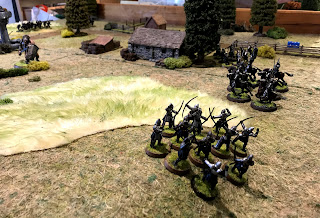 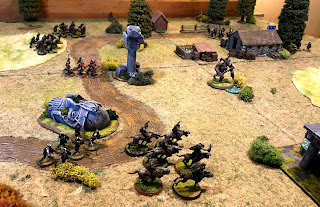 The hiding locations are marked by the green tokens 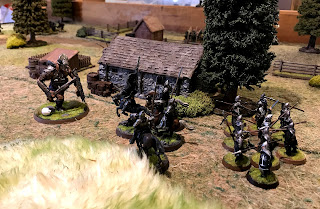 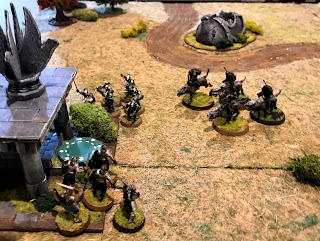 Two units of infantry fighting outside the temple structure, the rules required at least one turn to hunt 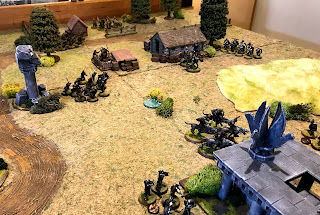 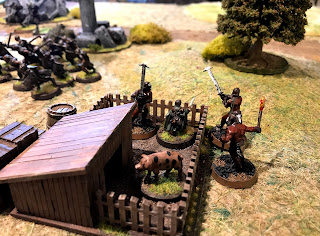 Ha the berserkers find Sam in the pigsty....and start to take him off for evil treatment 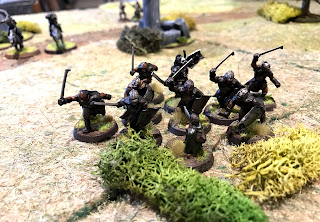 Shortly after the Uruk hai locate Frodo in the bushes.....the game is up ? 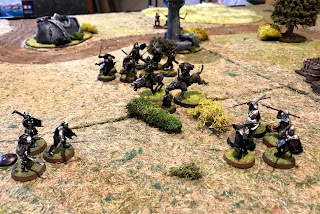 Whilst it was clear Sam was lost.......useless fat hobbit anyway ! A tremendous fight took place over Frodo as befits his status as the ring bearer 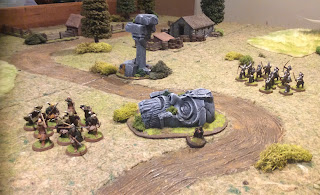 Eventually with their baseline in sight the last two Uruk hai were caught and put to death....Frodo is rescued but of course the ring is now on its way to The white city messing up most of Tolkien’s trilogy.😀 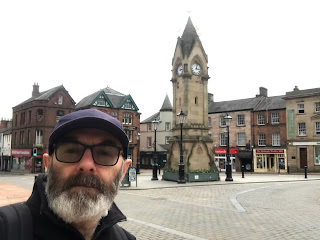 Out of interest I went to town sat lunchtime to buy porridge amongst other essentials, it was warm and pretty scary to see a usually busy town centre on a Saturday lunchtime completely deserted 😢 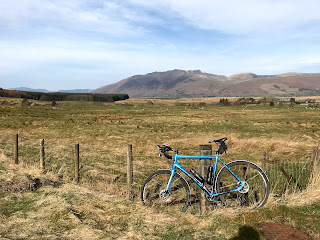 Next up some social isolation on my bike.......I started to feel slightly guilty as I am lucky enough to live near to places so beautiful

and finally as I was putting the ACW away I treated myself to setting up my AWI british. A reasonable brigade in the bag, very happy with the results so far...

Hope you are all keeping well and getting some hobby time in👍
Posted by Matt Crump at 16:09