Looks like face to face gaming is back on the menu !

The temperature has improved and with the lockdown rules allowing meeting up outdoors we finally got a face to face game in this weekend in the shed. We plumbed for something simple and straightforward, as it was mainly a chance to catch up and talk about gaming projects etc... So I dug out two small Al Andalus forces. Set up a 6x4 table in the shed and we were good to go. I now have this table set up down to about 20 minutes so it is t a big effort. The main challenge is carrying terrain up from the dungeon. 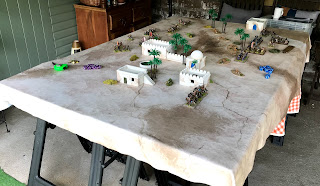 A small disputed settlement in arid southern Spain (or is it chilly Cumbria ?) 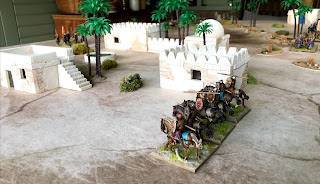 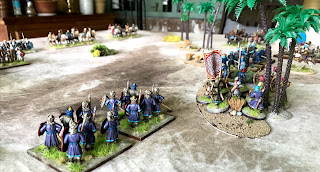 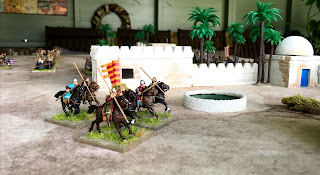 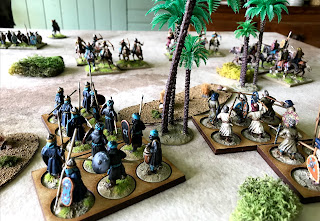 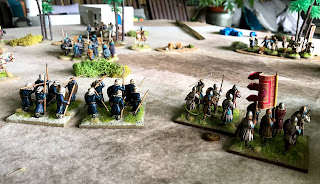 The enemy are now outnumbered 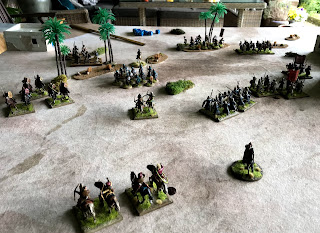 The remnants of the light cavalry have pulled back 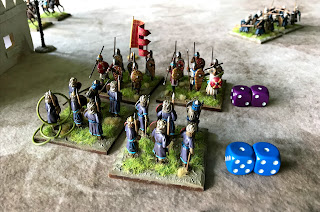 The joy of gaming, two medium infantry units crash into combat take a single casualty each but then both roll double ones and flee the table ! 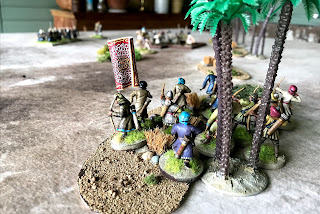 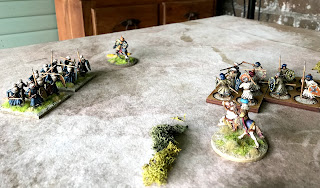 Eventually the two protagonists clash in hand to hand combat but neither is killed, the game ends as we reach only five units left on the table and when the points are added the enemy have come out with a minor victory due to the cost of the mercenary cavalry who are still not the table. A close game and it was just great to play face to face and catch up. As the weather warms up more gaming is on the cards 😀

Quite a lot of hobby activity but the only unit completed are these tiny Austrians the Carl Lothringen regiment.
Hope you are all well 👍