Having dipped my toes into the Norway campaign WW2 a couple of months ago I purchased some more Norwegian troops. This Sunday they saw their first action. Now before we start I’m not sure whether this is a long term involvement in the Norway Campaign as that will require additional purchases and I wasn’t really looking for another project honest. However, it seems a nice idea to work through the campaign in some form.

Midtskogen is really only a small skirmish but very famous as the first proper land engagement  during the invasion, I think upto that point the majority of defenders had simply capitulated. (It is also a centre piece of The King’s Choice film) As usual if you want to read the details of the battle check out wiki but in essence The Germans had sent a small force of Paratroopers to attempt to capture the king. On the road north a mixed bag of Norwegians, infantry Regiment No 5, the 1st Royal Norwegian Guards and some local shooting club members/militia set an ambush. With the road blocked the paratroopers jumped from their bus and engaged in the battle. Until their commanding officer Spiller was killed at which point and having taken heavy losses they called it a day and turned back south.

As a small infantry only battle it is a great small battle for a virtual game.

The scene is set, the Road is blocked south of the bridge, the Germans can cross at the stone bridge or at the railway bridge just to the east. As an ambush it is always hard to get that element of surprise. To achieve this the Norwegians who had 9 units including their commanding officer would randomly arrive in 2 waves at 12 random locations spread around the edge of the table. The Norwegians are a mixed bag of regulars and lower quality troops. The rifle club are irregulars but with improved shooting skills (of course) the Germans are all veterans and armed to the teeth as befits paratroopers. They also have a single mortar for variety. 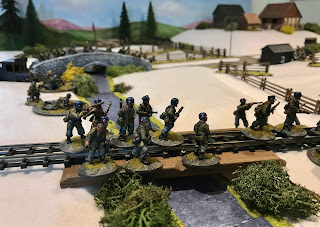 The Germans move out first turn 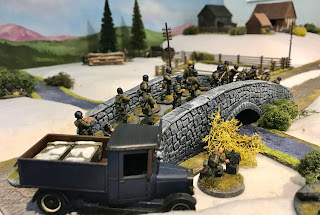 Across both bridges, they immediately come under fire from the left and the leading unit is pinned 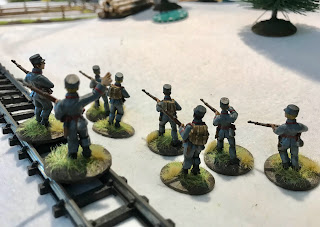 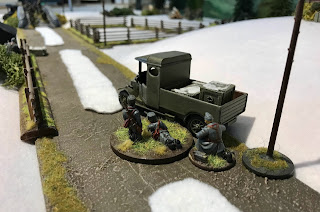 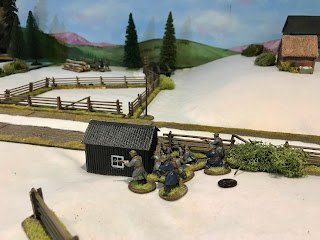 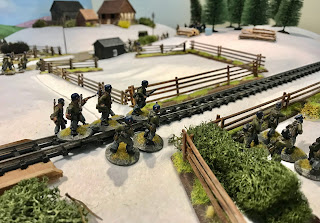 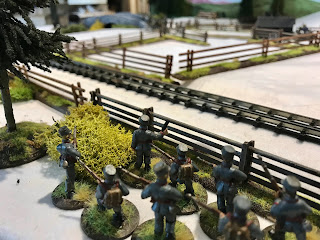 More Norwegian Guardsmen in the woods to the right 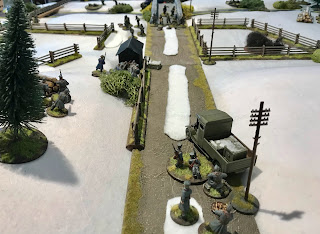 Clear line of sight down the road 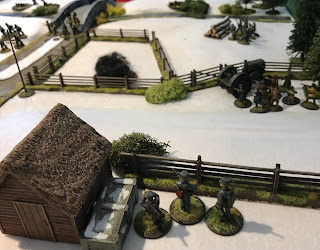 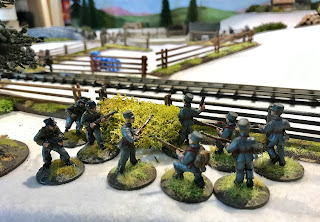 The Germans rush into combat and wipe out the guardsmen 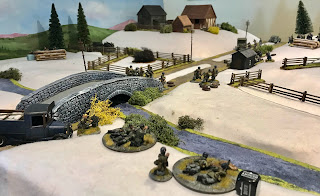 German MG34 machine guns stay behind the river and give covering fire. 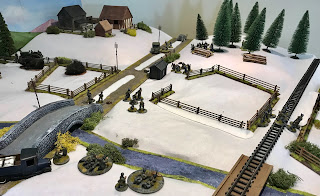 At this point the Germans were definitely on the back foot, the two units which attacked across the road bridge have been seriously reduced and pinned down 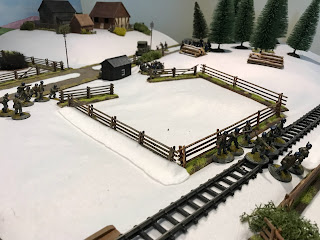 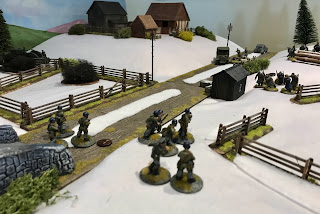 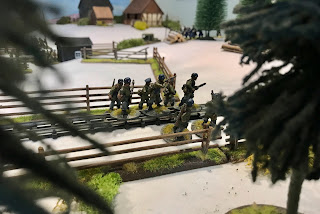 Slow progress along the railway 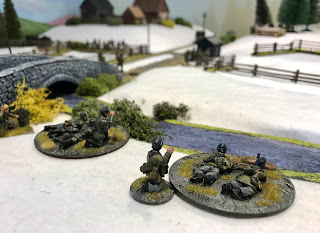 Keeping the Norwegians heads down 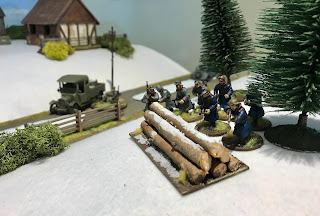 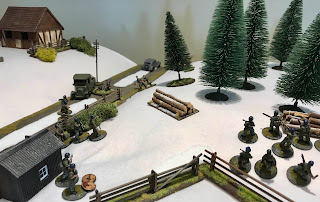 And suddenly they are caught on the flank 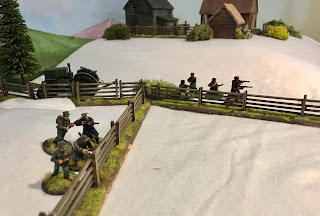 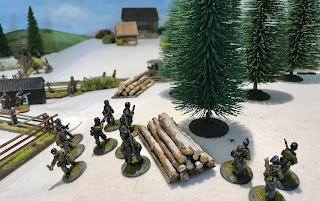 The paratroopers are now in the woods 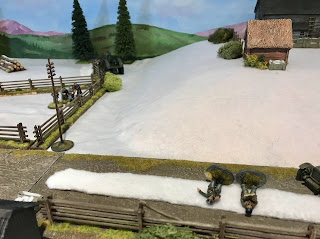 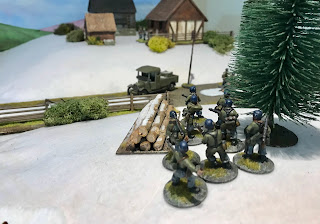 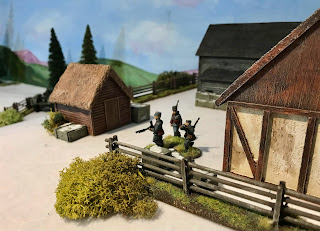 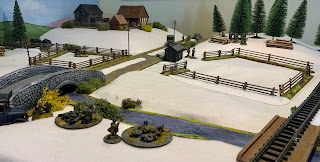 Final shot , an extra turn would have completed the victory for the Germans, but there is no way the Norwegians can claim victory even if we were still technically holding mthe farm. The Germans have lost a lot of troops clearing the field. So we agreed on a minor German victory , the King perhaps getting away in the nick of time. But the Germans can continue to pursue further north !
Splendid game and great to get the new Norwegians on the table. The scenario felt balance when I wrote it ht the Norwegians would struggle, they hammered the Germans early on and I thought it unbalanced but then the better quality of the Germans came through to give a close game. Photos were a challenge with the snow so I have had to filter the a little which seems to have worked. The nice thing is it felt appropriate and in some sense true to the historical events. I now need to work out our next battle ? Which might require some more Norwegians ! And possibly a couple of extra terrains pieces. If anybody can find photos of Norwegian Road signs in 1940 let me know
KBO Matt